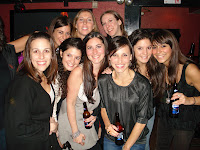 A couple of weeks ago I ventured up to Massachusetts for my best friends bachlorette party. It was the first bachlorette weekend I have ever been to, so I wasn’t sure what to expect. I packed all my running gear knowing that there might be a slim chance I was going to run. I didn’t want to not bring it though and feel upset that I had left it at home. Normally packing my running gear is no problem, I’m a big suitcase kinda girl, but this time I had the lofty goal of packing enough clothes for 4 days, plus 3 days of running and a couple of outfit changes in case we went out. Needless to say this was ridiculous. I had to only bring black and white in order to make everything go with everything and of course was left feeling less than cute the whole trip. This however was a small price to pay for not paying the checked baggage fee and for making sure I have enough clothes to pound the pavement.[on principle I think the checked baggage fee is just ridiculous]

I haven’t flown since Boston Marathon and of course I checked a bag then because I had Miles in tow. I completely forgot about all the rules and ended up having a security officer search my bag and throw away my hairspray, toothpaste and face lotion. I pleaded my case to the man about the face lotion – I mean how is a girl supposed to survive without face lotion?! He didn’t feel sorry for me and said it was .1 over the limit. After that the flight was uneventful.

My awesome best friend picked me up at the airport in Boston and had already made her way to Target. She had bought me a mini toothpaste and hair spray! Hooray for friends. And on our way we went to the Berkshires. 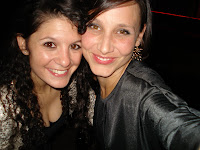 It was night when we arrived and I had no idea the beauty I was yet to discover. In the morning I woke up before everyone – typical mom. I decided to take advantage of this and head out. I didn’t know which way to go, so I went on an exploration. I love running in new areas. It’s one of the quickest ways to learn where you are and find things that you wouldn’t normally see in a car. 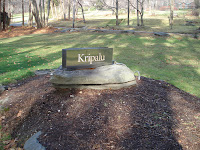 It was so gorgeous and a very serene place to run. This picture was taken from where the main building sits. 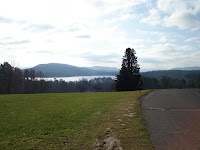 After finding the school and running all around there I wanted to find my way down to the lake I had seen from the top of the hill. Down, down I went.

While running on the narrow streets I found myself feeling sad that I am not running Boston in the spring. The town signs are the same found on the course – duh. Why it didn’t occur to me that these signs are everywhere and not just on the Boston Marathon route – I don’t know. 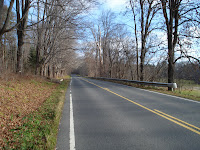 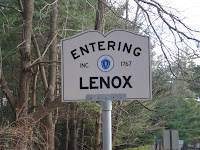 I found a street that I thought might lead me to the lake. On the right side of the road I saw a typical red New England house. I thought to myself – I want to grow old in a house like that. I saw a marker on the road next to the front – I would stop and read it on the way back. I later found out that I was running on the back side of Tanglewood. A famous music venue where the Boston Symphony Orchestra plays. 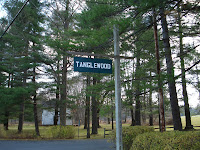 I found a path that seemed as if it would lead to the water. It was a trail down the side of a mountain. I felt like I was running 100 miles an hour down it and had to stop myself from flying down it even faster. It was littered with rocks, sticks and puddles. Moss grew everywhere. Then I saw it. The waters edge. I stopped running and walked over. I don’t know what overcame me but I literally lifted my hands up. I said out loud. *this is life* It was beautiful. It was quiet except for the sounds of the Forest, the water. I did not see another soul. I was meant to find this place. I stayed for a bit and then started running back up the hill. My breathing was hard and I was pushing myself, the Garmin said I was doing about 13 minute miles. No wonder I had felt like I was flying down the hill. I was.

I ran back up to the little red house to read the marker. It said that on this spot stood the house where Nathanial Hawthorne wrote some of his works and where his daughter Rose was born. It had burnt down and this house had been erected in it’s place.

“Happiness is a butterfly, which, when pursued, is always just beyond your grasp, but which, if you will sit down quietly, may alight upon you”
— Nathaniel Hawthorne

Fast forward 10 years. I was meant to find that house. I ran feeling as if I was soaring on eagles wings.

“But those who hope in the LORD will renew their strength. They will soar on wings like eagles; they will run and not grow weary, they will walk and not be faint“
Isaiah 40:28-31

6.5 miles later I came upon the house we had rented for the weekend. I saw a bright pink flash. My best friends[twins] were going running. I hugged them and turned around to run some more. I chatted for another 4 miles with them and took them around to see some of what I had found. It was *SIMPLY* an amazing morning. 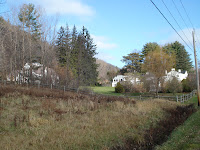 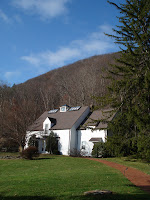 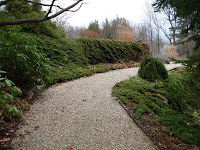