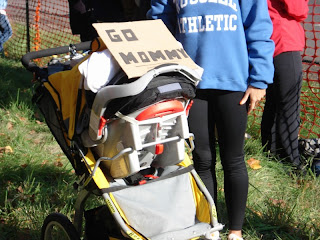 Saturday marked the half way point of this pregnancy!! It was an amazing feeling waking up early for my weekly *long* run knowing that I’m working on the last 13.1 of this *marathon*. I celebrated by running a slow 11 miles.